If the heirs were not active members of the business before the shareholder’s death, they may not be qualified to take an active role in the management of the business.  With little quality contributions, they often expect the same share of the profits.  This can lead to serious problems, especially depending on the ownership interest amount.

Although beneficiaries or heirs of a deceased shareholder may not be active in the day to day business of the corporation, they still may have a demanding voice in corporate policy.  A variety of problems can be created by these inactive heirs, including:

There are just a few examples of problems that can arise when a proper plan is not in place before the death of any corporate shareholders in a closely-held corporation.  Having a corporate insured stock redemption buy-sell plan in place will elevate many of these problems.  If worked out beforehand, the transfer of stock will lead to a smooth transition from the deceased shareholder’s heirs to the remaining shareholders in the corporation.

The problems of unqualified heirs, in-fighting, or poor decisions that affect the corporation can be eliminated with careful planning.  Many of the decisions that have to be made quickly after the death of a corporate shareholder can be made well in advance of the shareholder’s death.  These decisions will cause less confusion and chaos when the time for the transfer to the heirs comes.

Those who are considering a corporate insured stock redemption buy-sell plan should be working with a corporate attorney or financial planning expert who can guide them through the decisions and issues that can arise when a plan is not in place.  A majority corporate shareholder, especially one in a closely-held corporation, has a duty to the company to have arrangements in place to ensure that the transition is a smooth one.

There are many benefits of having a corporate insured stock redemption buy-sell plan.  Every shareholder should consider this type of arrangement and discuss their concerns and questions with a financial planner. 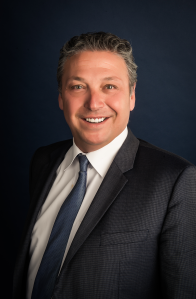